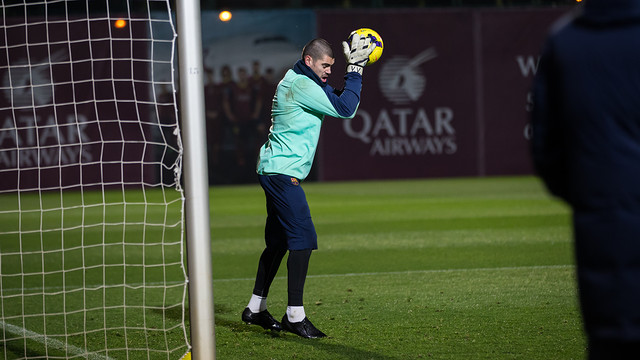 Ibrahim Afellay participated in part of the group session

Valdés trained with normality, as did Xavi. Afellay participated in a portion of the group session, and finally, Pedro returned to training three days early.

It’s worth noting that players who live outside of Spain have permission to remain on vacation until the 2nd of January. In addition, up to eight FC Barcelona players featured for Catalonia during the training session. Adriano featured in the Champions for Life charity match in Madrid this Monday.

Andrés Iniesta and Isaac Cuenca didn’t train with the group, they focused on a specific training programme.

The team will close out the year with a training session tomorrow morning. Their next match is at the Camp Nou against Elche on Sunday (17.00).