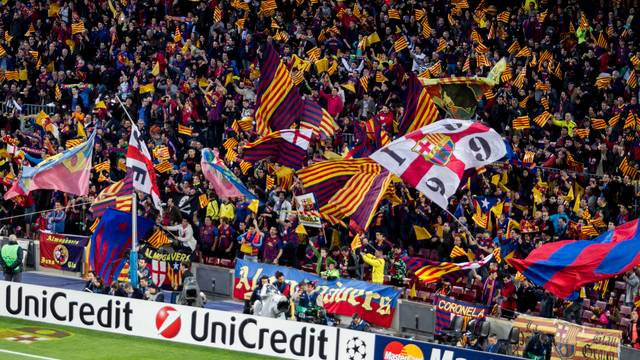 Tickets for the Champions League last 16 game between Barça and Manchester City at the Camp Nou will go on sale at 10.00 this Thursday morning

FC Barcelona and Manchester City will play the second leg of their Champions League Last 16 tie on March 12 at the Camp Nou and tickets for the game will go on sale this Thursday at 10.00 via the usual channels – the club website www.fcbarcelona.cat, Ticketmaster and the FC Barcelona tcket offices.

Tickets will go on sale to both members and the general public, with a maximum of six tickets per person. For security reasons, tickets will NOT be sold to English supporters.