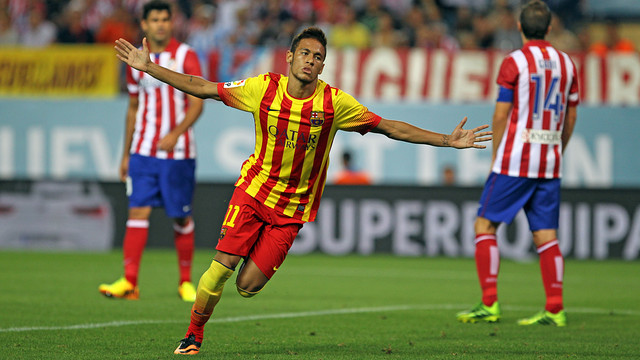 The LFP has confirmed the Schedule for the 18th and 19th matchdays of La Liga. FC Barcelona will end the first phase of the competition on Saturday January 11, away at Athletico Madrid. The match will kick off at 20.00, in a game which will decide who are the champions of the first phase. A week later Tata Martino’s players will play at the Ciutat de Valencia stadium, taking on Levante. The match is on Sunday January 19, at 19.00.

Between these two games Barça will play the return leg of the last 16 of the Copa del Rey, away at Getafe (date and time to be confirmed). The first leg, at the Camp Nou will be on January 8, kicking off at 22.00.

It’s worth remembering that this weekend Barça will end 2013 playing at the Coliseum Alfonso Pérez. The Getafe v Barça match is on Sunday at 17.00. The first match of 2014 will be on January 5, at the Camp Nou, when Barça v Elche will kick off at 16.00.