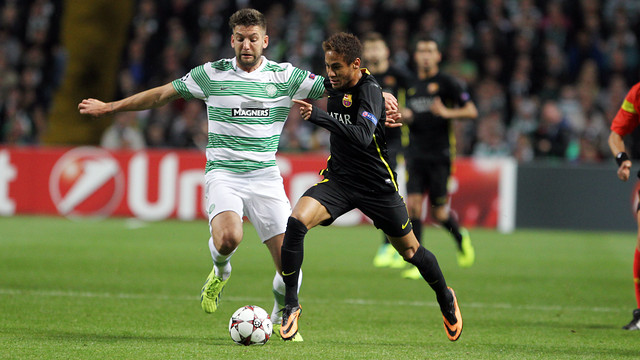 20.45, Canal+ Champions League: Barça need one point against Celtic to secure the top spot of the group

Barça are playing for the top spot of Group H of the Champions League this evening at the Camp Nou against Celtic. These are the current standings after Barça’s defeat to Ajax two weeks ago: Barça 10 points, Milan 8, Ajax 7 and Celtic 3.

Therefore, in order for the team managed by Tata Maritno to finish first, they need to secure one point against the Scots, who are eliminated, or Milan need either draw or lose against Ajax at the San Siro.

Another feat Barça hope to accomplish this evening is scoring the team’s 1,000th goal in international competitions. So far they’ve scored 999 goals, 487 of which have been scored in the current format of the Champions League.

Chances are that Leo Messi won’t score it. The Argentinian forward is one of many injured players on the team, along with Valdés, Alves, Dos Santos and Afellay. In addition to the injured players, Cesc will also miss the match due to suspension. It’s not all bad news, however, as Tello, Xavi, and Iniesta have all been declared fit for the match. Tata Martino gathered his 20-man squad, among them Adama and Dongou, at a team hotel yesterday evening. Two players will have to be dropped from the team before kick off.

Celtic FC come into this evening’s match at the Camp Nou already knowing their fate in the Champions League. They have been eliminated from the competition and they also have no options of qualifying for the Europa League. Manager Neil Lennon won’t be able to call on Forrest, Rogic and Kayal.

The Scots have played at the Camp Nou five times in the last ten seasons. Their four previous matches saw them draw twice and lose twice.