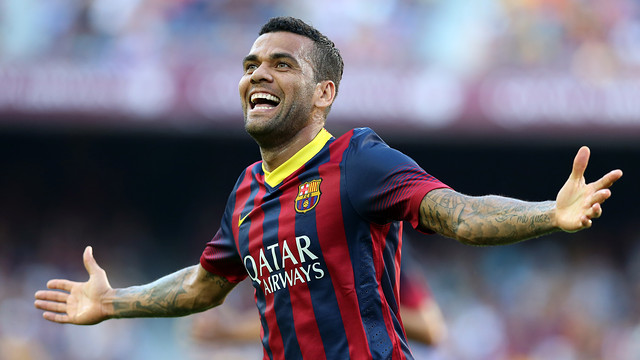 FC Barcelona’s Jordi Alba, Dani Alves and Gerard Piqué are among the candidates to be in the back four of the FIFA FIFPro World XI. The 20 candidates for this position were announced today Wednesday following votes from their colleagues around the world. The other names on the list are those of David Alaba, Boateng, Dante and Lahm (Bayern Munich), Baines (Everton), Cole, Ivanovic and David Luiz (Chelsea), Hummels (Borussia Dortmund), Kompany and Zabaleta (Manchester City), Marcelo, Pepe, Sergio Ramos and Varane (Real Madrid), Thiago Silva (PSG) and Vidic (Manchester United).

The four players that get the most votes will be included in the FIFA FIFPro World XI, which will be announced at the FIFA Ballon d’Or Gala in Zurich next January.

So, FC Barcelona already has four potential members of the XI, for in addition to Alves, Alba and Piqué, last Monday Víctor Valdés was named among the four candidate goalkeepers. On Friday December 6, the names of the 15 midfielders will be revealed, and the 15 strikers will be announced next Monday.