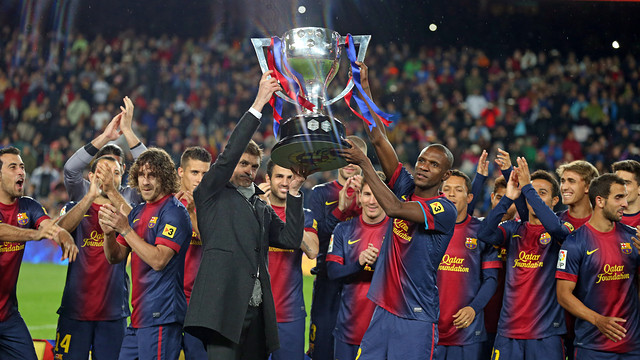 Barça played 59 official matches over the year in La Liga, the Champions League, the Copa del Rey and the Spanish Supercup

In 2013, Barça played 59 matches (not including friendlies) and won two trophies, La Liga and the Spanish Supercup. The following is a breakdown of the first team’s stats in the four different competitions they appeared in (Liga, Champions League, Copa del Rey and Spanish Supercup).