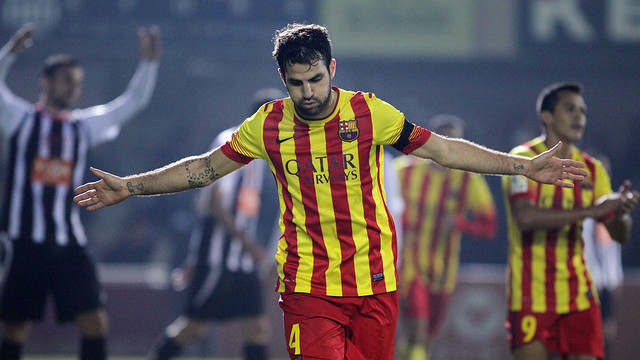 Cesc has netted 5 times in the league, once in the Champions League and once in the Cup against Cartagena last Friday

We take a look back at some of the stats from the match between FC Cartagena and FC Barcelona in the Cartagonova stadium: