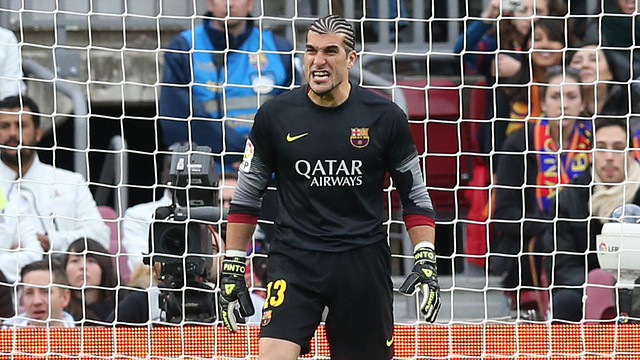 21.00, Canal+: FC Barcelona need three points at the new San Mamés in order to consolidate their place at the top of the table

But they will have to do so without the services of Valdés, Alves, Puyol, Jordi Alba, Messi, Dos Santos, Tello and Afellay

This Sunday evening, Barça are playing for the first time ever at the new San Mamés, where they need three points to consolidate their amazing start to the season. They have an incredible 40 points out of a possible 42, but still only share the lead in La Liga following Atlético Madrid’s 2-0 win over Elche on Saturday. But FCB have a game in hand, this one in the Basque Country, where they will be eager to show that the disappointing performance in Amsterdam midweek was just a minor slip.

But Athletic are likely to be as intense an opponent as Ajax were on Tuesday. From what we have seen of the Lions so far this season, Ernesto Valverde likes his side to control the possession and play attacking football – precisely the kind of approach that Ajax used to such devastating effect against Barça in the Champions League.

Adriano in, Puyol out

Tata Martino once again has a number of key members of his squad unavailable this weekend. The long list of injuries now features all of Valdés, Alves, Puyol, Jordi Alba, Messi, Dos Santos, Tello and Afellay. The good news, however, is that Adriano is back to full fitness, and the squad has been completed with Adama and Patric of Barça B, who have both impressed in their recent first team debuts.

Barça are chasing yet another all-time record at the new San Mamés. As long as they can avoid losing by three or more goals, they will have been top of the Liga table for 53 consecutive weeks, thus equalling the tally set by Real Madrid in 1988.

But it won’t be easy by any means. Athletic Bilbao have not lost a single game in their new stadium. In fact, this is their best start to a season for over a decade and a win today would lift them into the Champions league places. And unlike Barça, they don’t have the same problems with injuries to deal with. Striker Aduriz is Bilbao’s only major absentee.