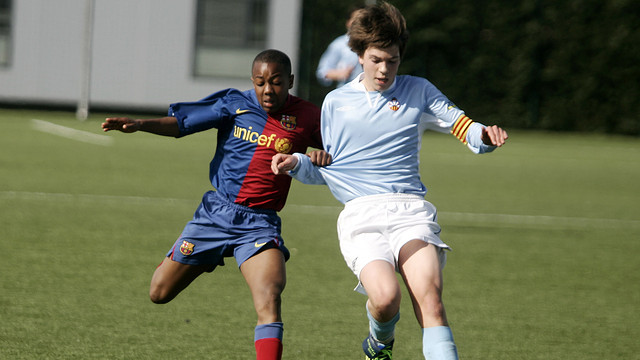 In the space of just three days, Adama has made his debuts both in La Liga and in the Champions League

Adama Traoré, born in l’Hospitalet de Llobregat and of Malian origin, made his first team debut last Saturday. He came on against Granada, and even came close to scoring. Three days later, Tata Martino once revealed his faith in the young player by awarding him his Champions League debut. Adama has impressed all through the ranks at La Masia, and has frequently being playing in higher age groups than he would have normally been placed in. After two seasons in the U18 first team, this is his first year in Eusebio Sacristán’s Barça B squad.