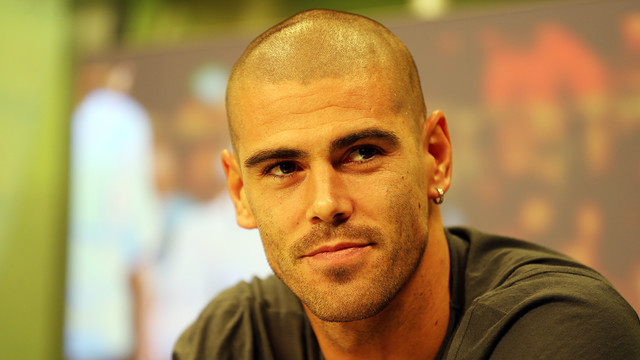 On Barça’s style of play: “Before it was easier to analyse us, we’ve improved in this regard”

“Messi is the best. For me, Messi is God because of what he’s given to the team and because of the experiences I’ve had as his team-mate,” said Víctor Valdés during an event at Gava city hall. He added with a touch of humour: “Also because of what I’ve had to suffer in training, it’s not easy.”

Long balls from the back

When asked about Barça’s current style of play, which features a couple variations in regards to past seasons, Valdés said: “Coming from an excellent level I understand that it may be complicated for people to accept that I play long balls from the back, but our rivals know us well now and it’s easier to analyse us. We’ve improved in that regard.”

The keeper also said that the most important thing “is to win the three points” and “it’s even better if we manage to not concede goals.”

Faith in the youth system

Valdés then expressed his desire that his successor be a product of Barça’s youth system. “As the youth-team graduate that I am, I’d like it if a homegrown player had the same opportunity I did. I know it’s hard and that football has evolved, but I will always say that we have to play with homegrown players,” he concluded.