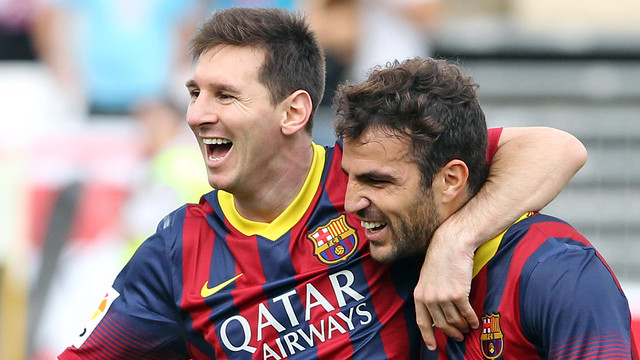 On Sunday night (21.00, Canal Plus), FC Barcelona face a trip to the Benito Villamarín, a ground at which they have struggled to get results this century. And they’re going to Seville without Gerard Piqué or Sergio Busquets. The former is out as a precautionary measure and the latter is being rested, and their absences will make what is already a difficult fixture even harder still. Bur despite Martino’s rotation system, Barça are still unbeaten this season, and will hoping things stay that way for the upcoming international break.

Tata Martino doesn’t like to give things away before matches, but there was a strong implication in his words on Friday that Alex Song will be in the first eleven for this game, which would be the logical choice as the Cameroonian is the natural replacement for Busquets. Changes will also have to be made to the centre of defence. Puyol and Bartra look likely to be chosen in the absence of Piqué, but there is also the possibility of fielding Mascherano in that position.

FC Barcelona have struggled tremendously in trips to the Villamarín of late. The Catalans have only taken all three points twice in their last eleven visits, a 4-1 win in 2005/06 and a 2-1 victory last season. But Betis are in deep trouble this term, and have the added setbacks of the absences of their injured goalkeeper Guillermo Sara as well as Perquis, Juanfran Moreno, Lorenzo Reyes and Rubén Castro. To make matters worse, Chica is suspended.