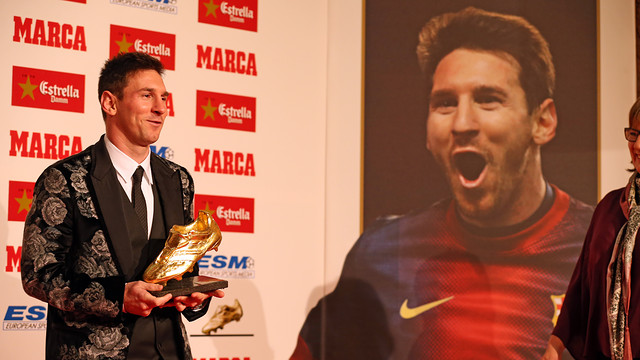 Before the game, fans will be able to see the trophy that the Argentinian won as top scorer in the European leagues last year

Leo Messi will show off his Golden Boot to the Barcelona fans on Saturday before the game against Granada at the Camp Nou (16.00). Messi received the award on Wednesday as Europe’s top goalscorer in the 2012/13 season.

It’s worth remembering that Messi is unable to play the game due to the injury he picked up at Betis and it’s estimated that he won’t be back until 2014.

Barcelona take on Granada as the League resumes after the break for International matches. Barcelona are defending their 3 point lead over Athletico Madrid.