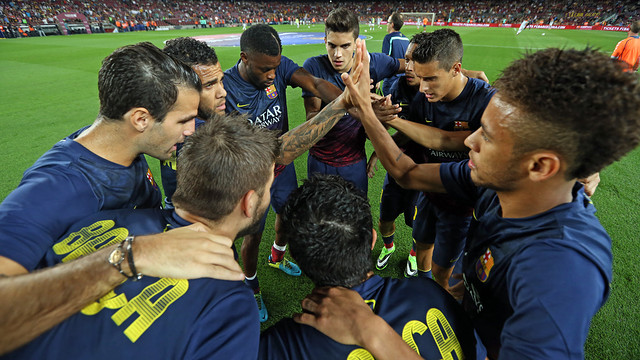 Tata Martino’s players face a tough four week run-in to the Xmas break with four games in La Liga, two in the Champions League and two in the Cup

This four-week marathon gets underway on Saturday 23rd November with a home game against Granada, the first of eight matches in just four weeks in the lead up to the Christmas festivities.  Barça will face challenges on three fronts, with key games in the Cup and Champions League as well as La Liga.

Four leagues clashes for the leader

The first game up for Barça will be the league clash against Granada this Saturday in the Camp Nou (kick-off 4 pm).  The run of eight matches will finish on 22nd December with another league match, this time away to Getafe.  In between, Tata Martino’s men will go to San Mamés on 1st December (kick-off 9 pm) and then host Villarreal in the Camp Nou on Saturday 14th (kick-off 8 pm).

Barça have already booked their place in the next round of the Champions League and with two games left to play in group H, they are in pole position to qualify as group winners.  On Tuesday 26th November (kick-off 8.45 pm), they go to the Amsterdam Arena to take on Ajax and then bring down the curtain on the group stage with a home game against Glasgow Celtic on Wednesday 11th December (kick-off 8.45 pm).

These final weeks of the year will also see Barça take their first steps in this season’s Spanish Cup.  The draw for the round of 32 has paired Barça with Second B high flyers Cartagena.  The first leg is in Cartagena on Friday 6th December (kick-off 10 pm).  The return leg in the Camp Nou is scheduled for the 18th December but has still to be confirmed.