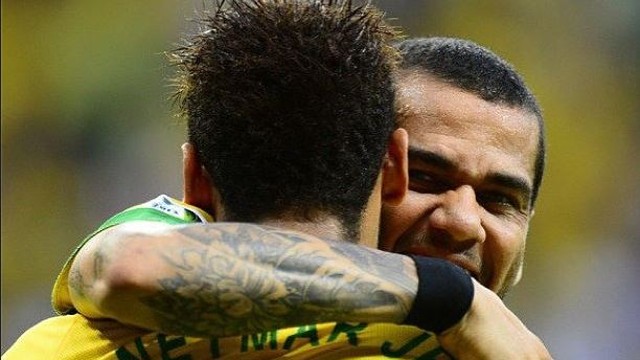 Tata Martino will be without a big part of his team this international break as eleven first team players have been called up to their respective national teams.  Nearly all of Barça’s internationals will feature in friendlies, with the exceptions of Alex Song and Sergi Roberto.

Cameroon are one game away from going to Brazil

On Sunday, November 17, Alex Song’s Cameroon will play a decisive World Cup qualifier against Tunisia. The second leg of the qualifier – the first leg ended in a goalless draw – will be hosted in the Cameroonian capital Yaoundé.

The other player set to feature in an official match is Sergi Roberto. The U21 Spain team, managed by Julen Lopetegui, will feature in the U21 Euro qualifiers against Bosnia (Thursday, Nov. 14) and Albania (Monday, Nov. 18). Barça B’s Sergi Gómez was also named to the team by Lopetegui.

Five FC Barcelona players have been named to the Spanish national team by Vicente del Bosque ahead of the international friendlies against Equatorial Guinea and South Africa. They are Valdés, Sergio Busquets, Iniesta, Pedro and Marc Bartra – the center back is filling in for the injured Cesc Fàbregas. The first match will be played on Saturday evening in the national stadium in Malabo. Three days later, on Tuesday Nov. 19, Spain will take on South Africa in Johannesburg.

Team-mates to face off against each other in Toronto

On November 19, Neymar and Dani Alves’ Brazil will take on Alexis Sánchez’s Chile. Both teams have prior commitments before the match, however. Chile will take on England in London on Saturday, while Brazil will face off against Honduras in Miami.

Argentina will not be able to call on Leo Messi, who is injured, for their two international friendlies, but Mascherano is available. Argentina will take on Ecuador in Saint Louis on Friday, and Bosnia-Herzegovina on Monday.