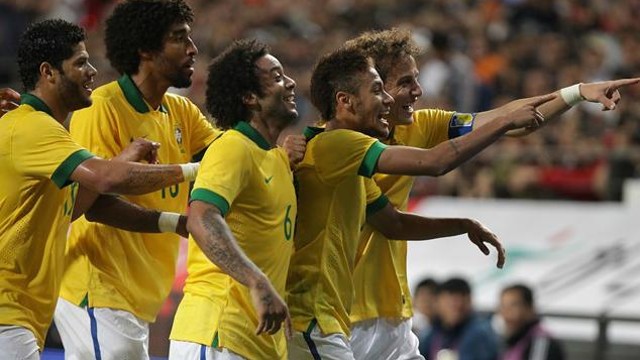 Eight Barça players have international friendlies today. All of them have already qualified with their countries and are now making preparations for next summer in Brazil.

Valdés, Sergio Busquets, Iniesta, Pedro and Marc Bartra (who substitutes Cesc Fàbregas) are all in Vicente del Bosque’s team for this evening’s friendly in the capital of Equatorial Guinea (22.00) before playing South Africa on Tuesday.

These games offer the opportunity for Marc Bartra to make his full international debut. Piqué and Cesc have both stayed in Barcelona due to fitness concerns and are the world champions’ main absentees.

Neymar’s Brazil will be taking on World Cup qualifiers Honduras in Miami (01.30, Esport3). Barça’s Dani Alves, however, will be sitting this one out due to trouble with his right thigh. Felipe Scolari has said that his side will resemble the one that won the Confederations Cup, with Neymar as the target man up front.

On Wednesday, Brazil and Chile will be facing off in Toronto. Chile are travelling to Canada with Alexis in a buoyant mood after scoring twice against England on Friday night. There is a good chance that Dani Alves will be fit enough to play.

Argentina played Ecuador last night in a game that ended without score. The ‘albiceleste’ were clearly missing Leo Messi, while FCB’s Javier Mascherano was joined in midfield by Valencia’s Ever Banega and Real Madrid’s Di Maria. The Barça man played the full ninety minutes.

Argentina have another game on Tuesday, this time against Bosnia & Herzegovina in St Louis (USA).