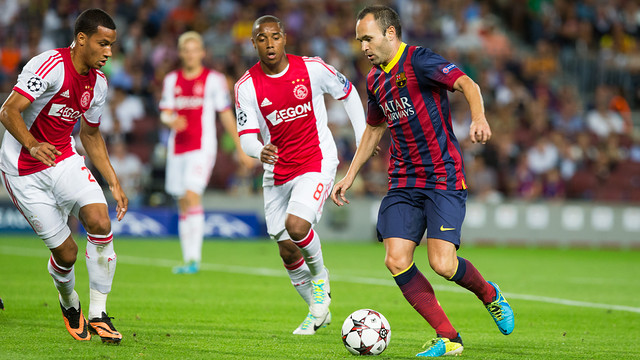 In the four games played to date, Barça have nine goals and Ajax three

FC Barcelona are at Ajax Amsterdam on Tuesday (20:45, TVE and TV3) for their first ever official game at the Amsterdam Arena. The side coached by Gerardo Martino go into the game as group leaders on ten points, having scored nine goals in four games. Meanwhile, Ajax, coached by former FCB man Frank De Boer, have four points and still have a chance of making it into the next round.

Here are the stats of the two teams so far in the Champions League: