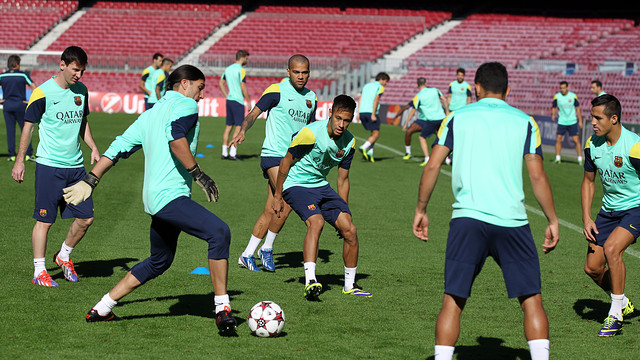 Players staying at the Princesa Sofía Hotel until they return to the stadium at 19.00

The 20-man squad for tonight’s game at the Camp Nou, had their final training session at 11-30 at  the stadium this morning. It was a gentle session, as Gerado Martino put the finishing touches of his plans for the clash with Milan.

Lunch at the team hotel