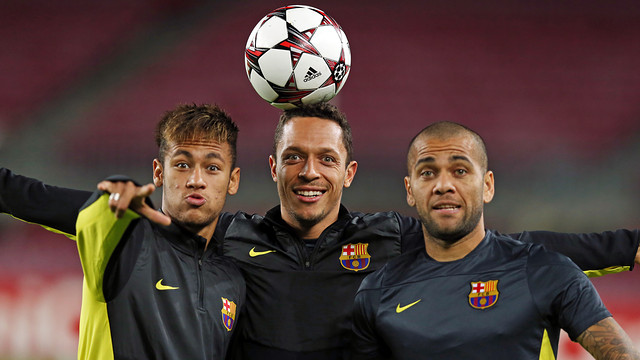 Cuenca, Oier and the injured players aren’t in the squad

The good news is that Adriano Correia, who missed last Friday’s match against Espanyol due to injury, was named to the team. It’s worth noting, however, that Martino will have to cut one player from the team before kick off tomorrow.

The team trained at the Camp Nou this evening at 19.00, and they’ll do it again on Wednesday morning before the match. The team will spend the night at Prncesa Sofía Hotel.