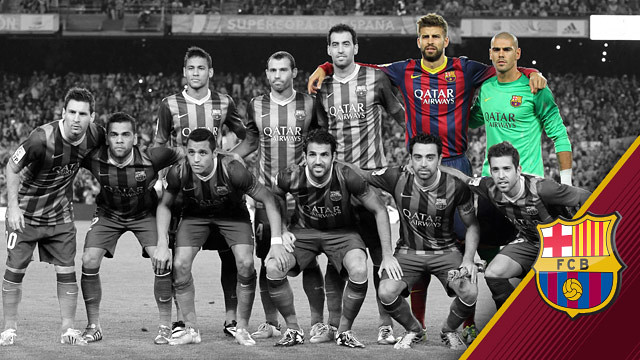 Keeper and centre back are the only Barça players to have started all 12 games so far this season.

Mascherano had also started every game until his injury

Víctor Valdés and Gerard Piqué are the first names on Tata Martino’s teamsheet. The two are the only players to have started all 12 official games so far this season – Valdes has played every minute of every game, whilst Piqué has been subbed for just 19 minutes, coming off for the closing stages of the games against Ajax and Valladolid. The two are, not surprisingly, the players with most time on the pitch so far this campaign.

Both players have made excellent starts to the season, with Valdes keeping seven clean sheets and conceding just seven goals in all(0,58 goals a game). His saves against Malaga, Valencia, Rayo and Ajax also proved decisive for the team’s victories.

Piqué, a guarantee at the heart of the defence

Piqué has been a guarantee at the heart of the defence – first alongside Mascherano and then partnering Bartra. His dominance in the air has again been clear in defence and he has also managed a goal – the third against Ajax.

Martino has admitted that the centre half role has been one of the most difficult to rotate and before his injury Mascherano had started every game. Bartra has stepped up since the Argentinean’s injury and also been putting in some excellent performances.