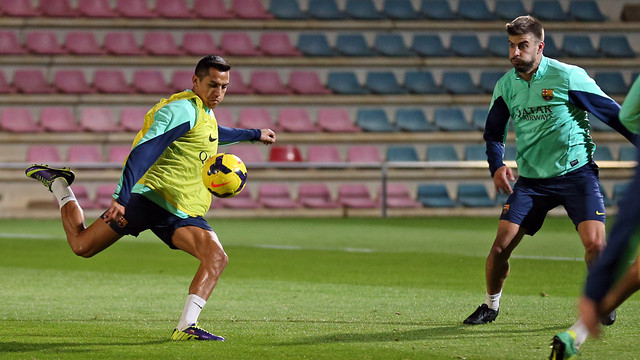 The center back, who didn’t play against Celta, returns to the Martino’s 19-man team

The Brazilian will miss the match as a precaution

Gerardo Martino has called up a total of 19 players for the match this Friday (21.00, Canal+ Liga and GolT) against Espanyol. Gerard Piqué, who missed the match against Celta, returns to the team while Adriano Correia will miss the match.

With the exception of Adriano, the team is identical to the one named for the match in Vigo. Oier and Cuenca were not named to the team for technical reasons and Jordi Alba, Dos Santos and Afellay are still injured.

Before this Thursday’s training session, doctors Ricard Pruna and Daniel Medina talked to the team about nutrition.

Adriano trained on the pitch, but apart from the group.