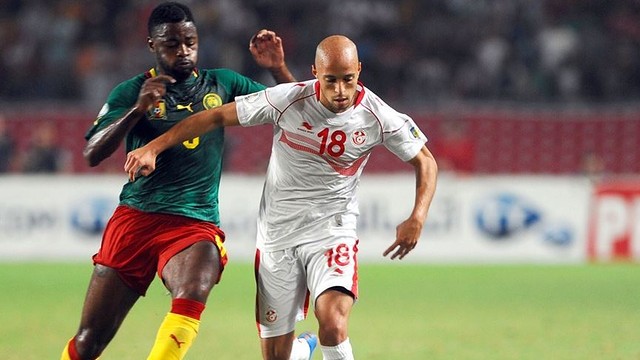 Tunisia and Cameroon will have to wait for the second leg of their qualifying play off to see who goes to Brazil after teh two played out a goalless draw in Rades. Barça’s Alex Song played the full 90 minutes for the visitors.

Chances – but no goals

The game might have ended goalless, but there were plenty of chances for both sides, with the hosts in particular coming close early on before  Ben Youssef hit the woodwork after the break and Webo somehow missed an open goal soon after.

The return leg will be played on November 17th in Yaounde.