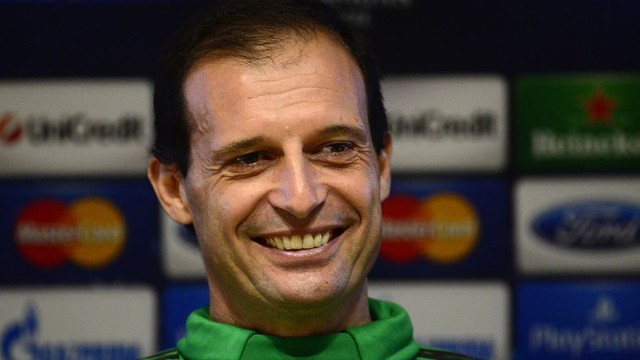 One of his star players, Balotelli, is in doubt and no decision will be made on him until after training this evening

Mario Balotelli is one of Massimiliano Allegri’s main doubts due to a muscular problem. The coach said that he will not be making any decision on whether the striker can play against Barça until after seeing how he performs in training later today.

Massimiliano Allegri already knows what it is like to beat FC Barcelona. Last year in the second round of the Champions League, Milan won 2-0 at the San Siro, although ultimately went out after losing the second leg 4-0 at the Camp Nou. With that in mind, he told today’s press conference that “I am sure that they will have more of the ball, but tactically we’ll be looking to do the same we did last year. That means being aggressive and closing spaces … We can take a daring approach because this is not a direct knockout match.”

Allegri believes that Barça are even stronger than they were last season, because “they have different attacking solutions, for in addition to Messi, Xavi and Iniesta they now have Neymar, a player who gets forward a lot”.

Milan captain Montolivo spoke along similar lines to his manager, saying that “it will be similar game to last year. I think we need to close the space between our lines. They have a lot of quality in their side, but if we are as careful as we were last year, we’ll be successful”.