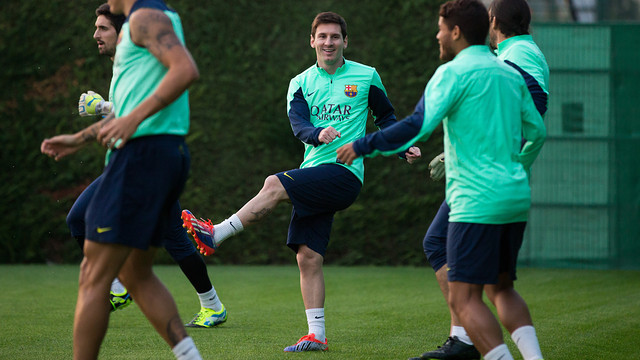 After a couple of days break, the remnants of Barça’s squad were back in training this Monday evening, as Tato Martino put his 11 available first team players through their paces. Leo Messi was the focus of attention, with the Argentinean training with the rest of the players for the first time since he picked up a thigh strain against Almeria. After tests on September 29th, Club doctors ruled Messi out for two weeks and he missed teh games against Celtic and Valladolid.