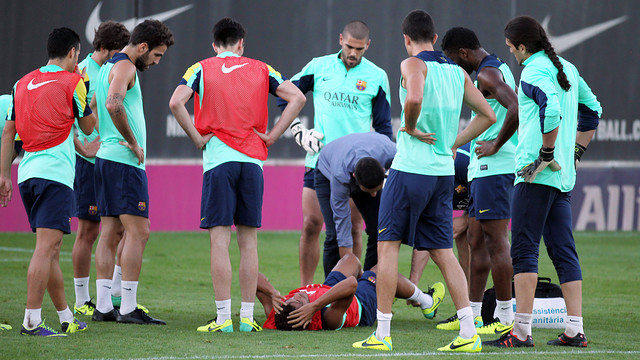 Jonathan Dos Santos will undergo surgery on Novemeber 5thto deal with the cruciate ligament injury he suffered in training this week and is expected to be out for up to six months, according to the Clubs medical services.

The Mexican youngster is in his second season with the first team squad and has played in three league games this campaign: against   Valencia, Rayo Vallecano  andAlmeria. Dos Santos made his debut on October 28th 2009 in a Cup game against Cultural Leonesa coming on as a sub for  Seydou Keita on 79 minutes. A month later, November 24th 2009, he made his Champions League debut against Inter Milan.