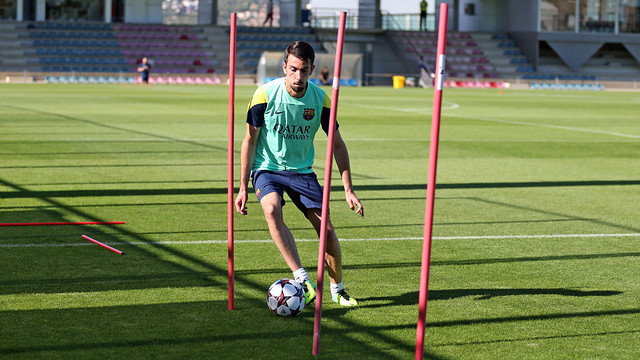 The Catalan forward, who underwent an arthroscopic meniscectomy in June, participated in part of this afternoon’s training session

The FC Barcelona players who have been called up for international duty weren’t present at today’s training session at the Ciutat Esportiva Joan Gamper. Gerardo Martino led a session attended by nine first team players, eight of whom trained normally (Pinto, Montoya, Puyol, Dos Santos, Bartra, Tello, Oier and Adriano), while Isaac Cuenca, who has been out of action for the last four months, participated in part of the session with his team-mates.

The Catalan forward, of 22 years os age, has been recovering from an arthroscopic meniscectomy regularisation. The player’s recovery time after the operation, which took place on 7 June, was set at four months.