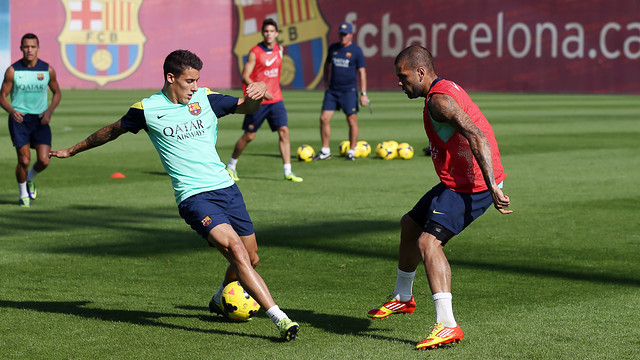 Gerardo Martino has called up 19 players for Tuesday’s game in Vigo (22.00). The only players to miss the trip are Gerard Piqué, Isaac Cuenca and Oier Olazàbal, alongside the injured Jonathan Dos Santos, Jordi Alba and Ibrahim Afellay. Martino will also have to discard one of the players before kick off.

Training at the Ciutat Esportiva

Before his announcement of the squad to travel to Galicia, Martino led a training session with all the available players at the Ciutat Esportiva.

The squad will fly out to Vigo on Tuesday morning and stay at the Hotel Pazo Los Escudos until just before kick off.