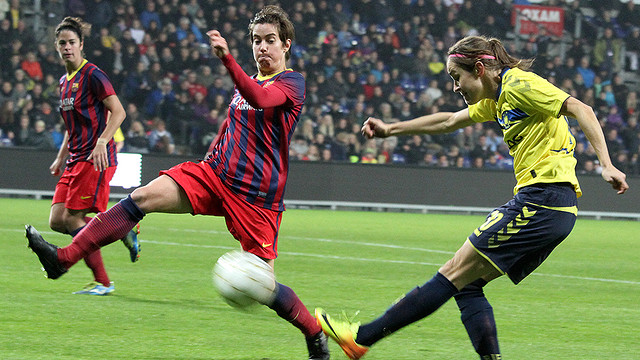 FC Barcelona’s Women’s Team took a giant step forward in Europe this evening when they clinched a spot in the Round of 16 of the UEFA Women’s Champions League. History was written this October 16 by Xavi Llorens’ players when they managed to get a two-all draw away to Brondby, and thus qualify for the first time in Club history for the next round of the competition.

The team’s fantastic second half allowed them to fight back from Thorsen’s first-half strike. After the break Llorens’ women came out swinging and Marta Corredera scored the tying goal on 51 minutes. The Serbian, Jelena, gave Barça the lead on the 88th minute after a fantastic counterattack. In the last minute of the match, Sorensen scored the definitive 2-2.