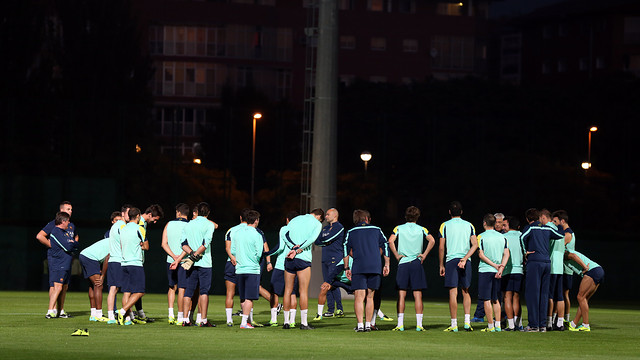 Alexis Sánchez, Neymar Jr. and Dani Alves trained this Thursday afternoon at the Ciutat Esportiva Joan Gamper for the first time this week. The Chilean, who didn’t train with his team-mates on Wednesday, arrived in Barcelona this morning, while Neymar and Alves, who were given permission from the coaching staff to not train with the team yesterday, trained alongside their team-mates this afternoon.

Gerard Piqué trained apart from the group while Sergi Roberto joined his team-mates for training after he successfully recovered from a knock to his right thigh.