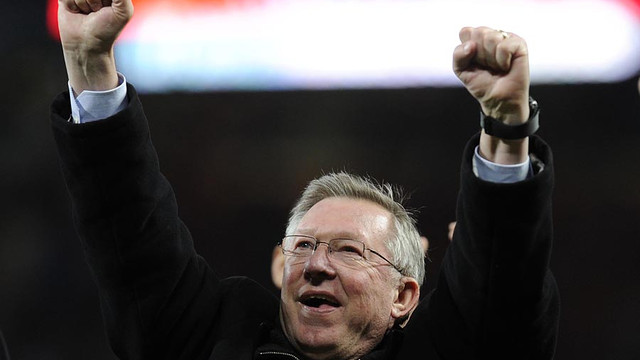 The Scottish manager, who managed Manchester United for 27 years, said at the launch of his new autobiography on Tuesday that Pep Guardiola’s Barça was the best team he ever played against in his long and illustrious career

The two clubs met many times in the Champions League but Ferguson is still hugely impresses by the Barça side that defeated his Manchester United in two CL finals. In 2009, Barça beat Manchester United 2-0 in the CL final in Rome thanks to goals from Eto’o and Messi. Just two years later, there was a repeat of the Rome final – this time in Wembley, the very home of English football. Barça went one better and scored three goals (Pedro, Messi and Villa) to lift the title for the third time in just six years.

Sir Alex was no slouch himself when it comes to trophies, winning the CL twice and the Premier League 13 times. However, in his newly published autobiography he has no hesitation in naming FC Barcelona has the greatest opponent he faced while in charge of Manchester United: “Barça was the best team ever to line up against my Manchester United sides”. And in particular he singles out for special praise the group of ‘mighty midgets’ that stunned the world of football with their fast passing style: “The group of world-beaters who formed around Messi were formidable,” declares Ferguson. “I felt no envy towards those great sides. Regrets yes, when we lost to them, but jealousy, no.”