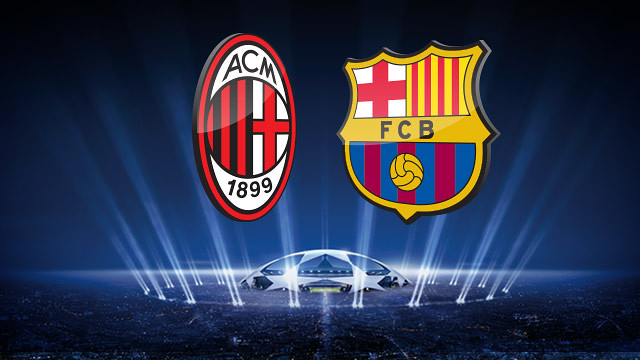 Milan and Barça will face off this Tuesday (20.45, TV3/La1) in the third round of the Champions League group stage. The Blaugrana come into the match as group leaders on six points and the Italians are second on four points.

Here’s an overview of the most pertinent facts about tonight’s match:

• The two teams have played against each other 17 times in European competitions. Barça have won 7 times, and Milan have won 5 times.

• Of these 17 matches, 8 of them have been played in Milan. The head-to-head record of matches played at the San Siro stands at three wins apiece and two draws.

• In Barça second successful Champions League campaign (2005/06), the team reached the final thanks to the 0-1 scoreline in Italy, the goal was scored by Ludovic Giuly. In the second leg saw the teams draw 0-0.

• The last Barça goal scored at the San Siro was Xavi Hernández’s in the 2011/12 season. It was in the group stage of the competition and the match ended in a 2-3 for the Blaugrana.

• The most impactful match, perhaps, was in the final of the 1993/96 Champions League when Milan won the title thanks to the 4-0 scoreline.

• 4-0 was also the scoreline of the latest match that featured the two teams. It was in the round of 16 from last season’s edition of the Champions League. Barça had lost the first leg 0-2.

• AC Milan are eighth in the table on 11 points and 13 points adrift of Roma, Seria A leaders. Allegri’s men won their latest match by 1-0 over Udinese this weekend.