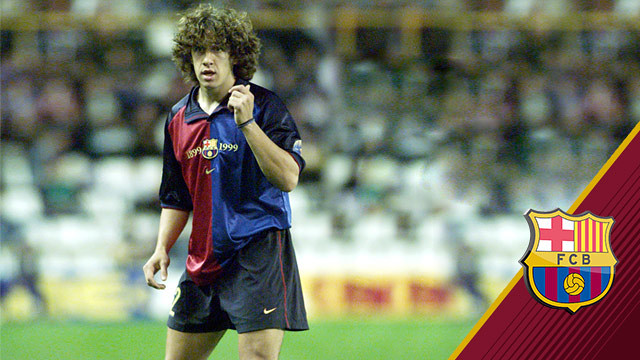 This Wednesday marks the 14th anniversary of Carles Puyol’s debut for FC Barcelona. The center back played his first league game, away to Valladolid, on October 2 of 1999. The manager Louis Van Gaal subbed the Catalan in on 56 minutes for Simao, and he played in the right back position. The Blaugrana won the match by 0 to 2 thanks to goals from Kluivert and Rivaldo.