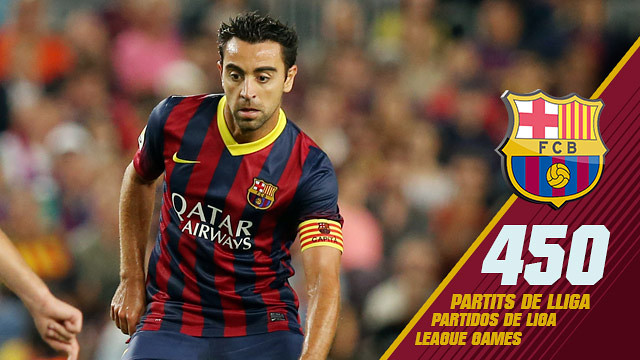 It’s the best start to a league campaign in the Club’s history and Saturday night’s match against Almeria (0-2) produced plenty of interesting facts and figures:

• Xavi made his league debut almost fifteen years ago on 3rd October 1998 against Valencia (Barça won 1-3).

• In 450 league appearances he’s been on the winning side on 282 occasions and scored 54 goals.

• Messi’s first-half goal was his eighth in the league so far.  He’s already the fifth highest scorer in the history of the competition.

• Adriano Correia scored his second of the season.  His first, away to Malaga (0-1), also came without Messi on the pitch.

• Neymar Jr sat out a complete match for the first time this season.  So far he’s accumulated 593 minutes for Barça.

• Dani Alves has risen into third place in the ranking of foreign players with the most Club appearances, alongside Ronald Koeman.  Messi and Cocu occupy the top two spots.

• With Mascherano sidelined by injury, Valdés and Piqué are the only players to have featured in every starting line-up in the ten competitive matches played so far.  And only Valdés has played every minute.

• The central defender topped the balls recovered stats for Barça (13) ahead of Piqué (12) and Alves (10).  Below you can see Bartra’s passes throughout the match: 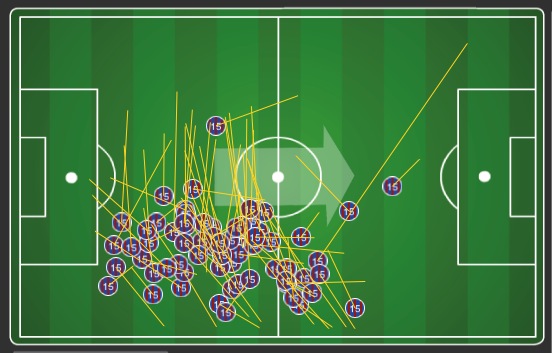