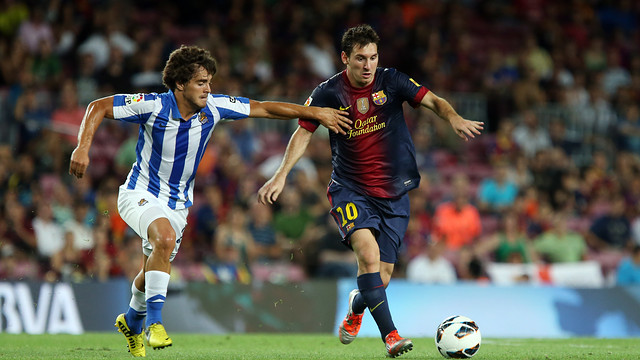 The game with Real will be on Tuesday 24, a holiday in Barcelona, at 20.00 in the Camp Nou

Barça now know the times of games 5, 6 and 7 in La Liga after an announcement was made today by the LFP. In just seven days, they’ll be playing all of Rayo Vallecano, Real Sociedad and Almeria, just after starting their Champions League campaign against Ajax.

They go to Vallecas on Saturday September 21 at 20.00. Three days later they have a midweek fixture at home to Real Sociedad. That’s on Wednesday September 24, the day of the Mercè holiday in Barcelona, at 20.00 in the Camp Nou. A busy week ends with Barça travelling to Almeria to play the newly promoted outfit. In the Juegos del Mediterráneo Stadium, the game kicks off on Saturday September 28 at 18.00.