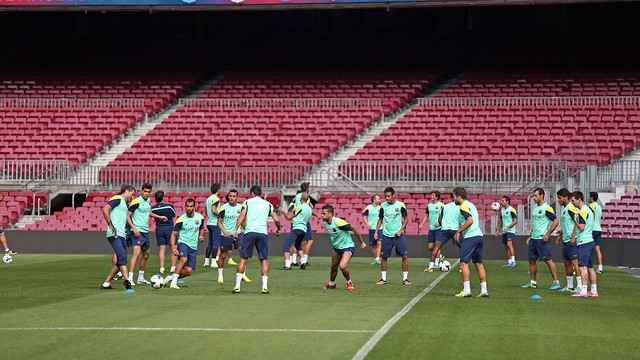 All 20 players called up for this evening’s Seville game, plus Oier and Pedro trained this morning at the Camp Nou.

The session was held behind closed doors and gave the players and coaching staff a chance to check out the newly laid turf at the stadium.

The first team squad trained this morning on the new turf at the Camp Nou in the final session before tonight’s league game against Seville. All  20 players called up  by Tata Martino for the game, plus Pedro and Oier were involved in the session.

The players also got the opportunity to train on the new turf laid at the Camp Nou last weekend and after the session they all went to the team hotel – The Princess Sofia – where they will stay until just ahead of kick off.