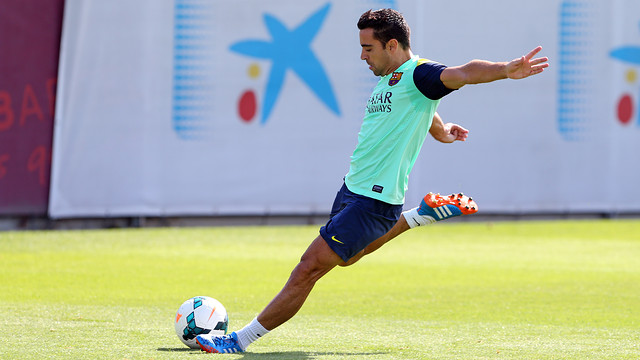 Tata Martino has named 20 men in his squad that faces Sevilla on Saturday at the Camp Nou (20 hores), with Sergio included after being declared fully fit

As well as the three injured players, Pedro and Oier have been dropped

After today’s training session at the Ciutat Esportiva, Tata Martino announced his squad for the game with Sevilla at the Camp Nou on Saturday night at 20.00. He has included 20 players in his initial call-up, including Sergio Busquets, who has been declared fully recovered from his thigh injury.

Xavi and Alexis back but Pedro out

Tata Martino has also called back Xavi and Alexis, who were rested against Valencia. In turn, Pedro Rodríguez and Oier Olazábal have been left out. The players have one last training session on the day of the match. That will be in the Camp Nou, after which the players will rest for the afternoon in Hotel Princesa Sofía.