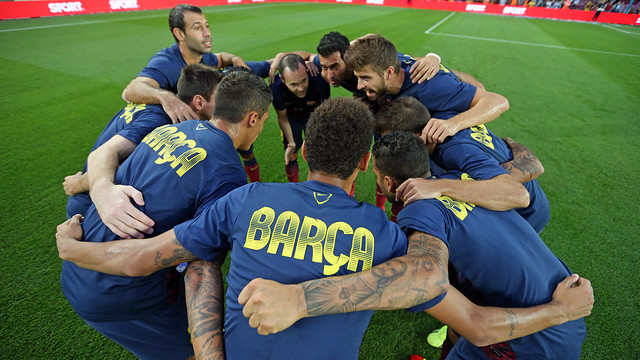 Gerardo Martino and his team kick off this season’s Champions League in the Camp Nou against a European football legend
Neymar will make his European debut while Bojan Krkic returns to his old hunting grounds. It’s the first time the two clubs have met in a competitive match.

The Champions League is back! (8.45 pm, Canal + Liga de Campeones). The best teams in Europe will compete for the continent’s biggest footballing prize.  Last season, Barça crashed out of the tournament in the semifinal stage against Bayern Munich.  Tonight, they take on Ajax, one of the legends of the European game, and a side that Barça has never met in a competitive match.  The Dutch team is managed by former Barça star Frank De Boer.  The group also includes AC Milan and Glasgow Celtic.

Debuts for Neymar and Martino

For Brazilian international Neymar Jr and manager Tata Martino, it will be their first chance to get a taste of the Champions League.  Martino will fly back home immediately after the game due to the death of his father.  Ajax manager Frank De Boer is no stranger to the Camp Nou having spent five years with the Club.

Meanwhile, Bojan Krkic will also be on familiar territory.  A product of the Barça youth academy, he came back to the Camp Nou last March with AC Milan but is currently on loan to Ajax.  He’s made five appearances so far in the Dutch league but has yet to score.