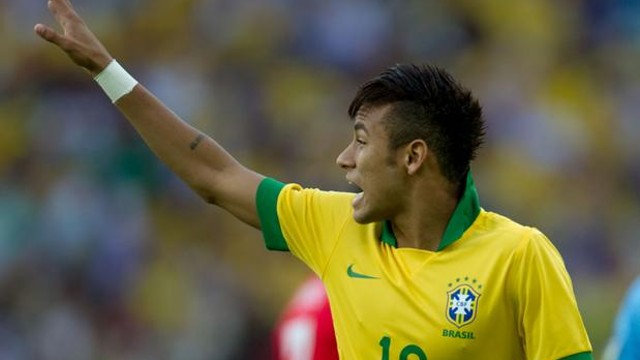 The Barça front man scored the third goal in Brazil’s 6-0 crushing if Australia.

Barça’s number 11 scored the third goal for Brazil as the Confed Cup Champions demolished Australia 6-0 on Saturday in Brasilia. Dani Alves missed the game with an ankle problem.

Brazil were one up  early on when Neymar crossed to the far post for Bernard, whose shot came back off the woodwork for Jo to put in the rebound. The Barça man was again the centre of attention with some lovely magic on 23 minutes which somehow failed to end in a goal after he’d beaten a number of Aussie defenders, only to see his attempted chip go just over the bar.

Neymar strike before the break

Before the break put Brazil three up: first Jo got his second from a cross by Bernard and soon after Neymar rounded off a fast counter to get on the scoresheet. He nearly doubled his tally soon after when ahis drive went inches wide.

Ex-Barça defender Maxwell came on after the break after Marcelo picked up an injury, but Scolari’s side continued to dominate and look for goals, with Ramires heading home the fourth on 58 minutes. Neymar again figured in the last two goals of the night, crossing for Pato to svcore the fifth on 72 minutes and setting up Luix Gustavo for an unstoppable shot for the sixth to round off a convincing performance.

Brazil’s preparations for next year’s World Cup continue on Tuesday with a game against Portugal in Boston , which Alves is also ruled out of.