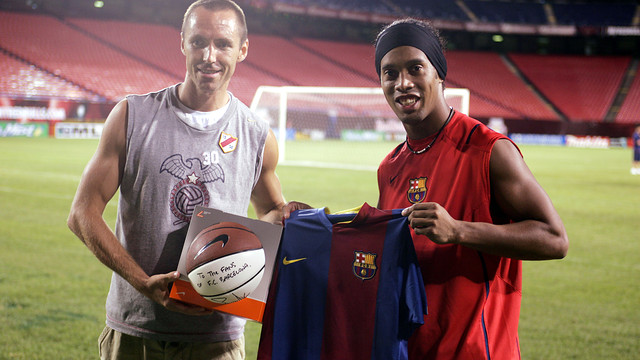 Kobe Bryant, Dirk Nowitzki, Magic Johnson and Steve Nash have all expressed their admiration for the Club

It’s no secret that FC Barcelona are one of the most followed football teams on the planet, but it may surprise some to know that some of the team’s fans come from the best basketball league in the world, the NBA. Just this week Kevin Durant stopped by the Nike store in Barcelona and received a Barça kit and other Barça merchandise, but Durant is the latest in a long line of NBA players who have associated themselves with the Club. Kobe Bryant, Dirk Nowitzki, Magic Johnson and Steve Nash have all expressed their admiration for FC Barcelona.