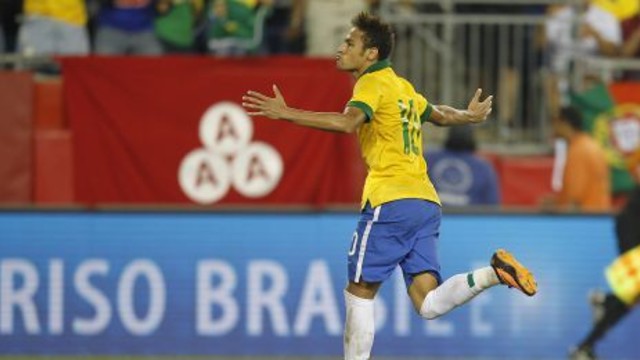 Neymar scored a terrific goal for Brazil against Portugal, and was involved in the other two goals in 3-1 win

Argentina’s Leo Messi and Brazil’s Neymar both played for their countries on Tuesday night and both played important roles in winning their games. The international break now over, the two players will be heading back to Barcelona to start preparing for Saturday’s 20.00 kickoff against Sevilla.

Leo Messi played the full 90 minutes of an impressive 5-2 win for Argentina in Paraguay, which sees them mathematically through to next year’s finals. The striker scored twice from the penalty spot. The first was after just 11 minutes and the second, his team’s fourth of the night, came in the 52nd minute following a foul on himself. It was also Messi who chested the ball down to Agüero to score Argentina’s second.

Neymar played 88 minutes for Brazil, being replaced late in the game by Lucas Moura, and was involved in all three goals of a 3-1 win over Portugal. FC Barcelona’s high profile summer signing got the goal of the night, the second for his team, breaking into the area and beating three defenders before slotting home past Rui Patricio. It was also him who supplied the corner from which Thiago Silva headed home the opener, and he also provided the assist for Brazil’s third goal.