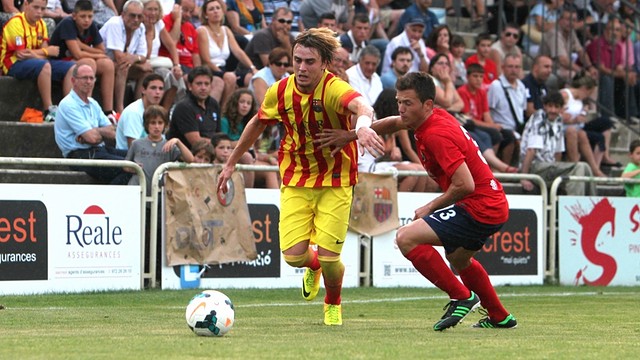 Barça B have lost their second game this season, this time against the side coached by former FCB man Sergi Barjuan

Barça B have suffered heavy defeat in Huelva. Eusebio Sacristán’s side conceded three second half goals at the Nuevo Colombino. The second loss of the season also means it is the Andalusians, and not Barça B, who are provisional leaders of the second division.

Anguish from the start

The good display last week against Madrid Castilla was not repeated on Friday night as the reserves once again struggled on the road. Barça B looked unsettled from the start, and although they did enjoy plenty of possession, far too little of this was in the opposition’s half. Meanwhile, Recre looked incisive and if it hadn’t been for Masip, would have taken a first half lead.

The second half produced much of the same. Recreativo still looked dominant and finally found the net after 55 minutes, Jonathan Valle placing an unstoppable shot past Masip.

Instead of a reaction from Barça B, what followed was even greater dominance from the home side, who soon had the game in their control with a peach of a goal from Montoro and a third from Linares. Perhaps the only positive note for Barça B was that there was so much to be learned from tonight’s performance.