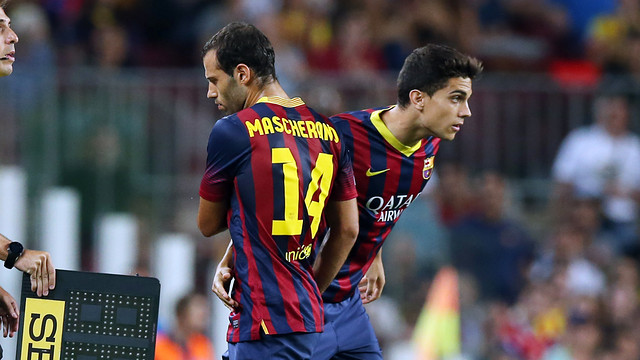 Javier Mascherano, a permanent fixture in Gerardo Martino’s starting line-ups, was subbed off for Marc Bartra on the 34th minute of the first half in the match against Real Sociedad. Barça’s No14 picked up a knock at the start of the match which eventually forced the player off the pitch. Initial tests indicate that Mascherano has a hamstring injury in his right leg. The player will undergo additional tests on Wednesday to determine the extent of his injury.