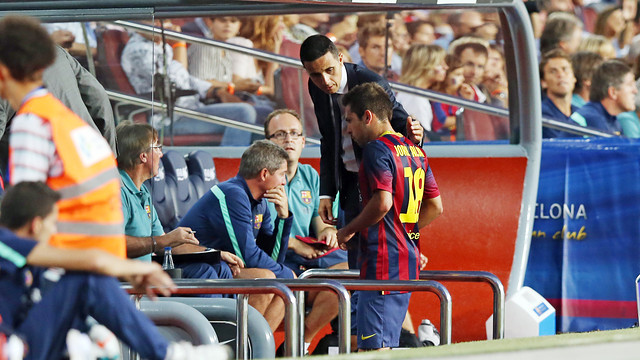 Jordi Alba underwent a medical examination on Sunday morning to determine the extent of the injury sustained against Sevilla. The Medical Services have been able to confirm that he has torn fibres in his right hamstring and is likely to be sidelined for at least three weeks.

Six games before the break

Barça have six games in that time, four in La Liga and two in the Champions League, so Alba will probably miss the matches against Rayo (September 21), Real Sociedad (September 24), Almeria (September 28) and Valladolid (October 5) in the league, and Ajax (September 18) and Celtic (October 1) in the UCL.  After the Valladolid game, there will be another international break.