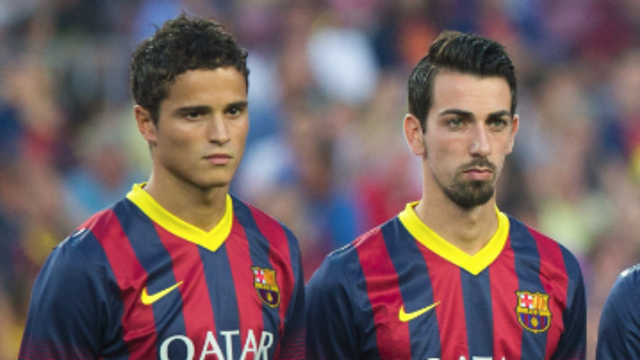 The two players returned from loans at Schalke 04 and Ajax this summer and the coaching staff have decided to include them in the first team squad.

Both players are still recovering from injuries and played no part in the team’s pre-season games.

Tata Martino’s coaching staff, together with the Director of Football have decided to include Ibrahim Afellay and Isaac Cuenca in the first team squad, with the Dutchman taking the number 19 shirt and the Catalan again set to wear the number 23.

Both players were sent out on loan last season- Afellay to Schalke 04 and Cuenca to Ajax.

Afellay and Cuenca were both operated on this summer, the Dutch player for a chronic muscle problem in his right thigh on August 22nd , whilst Isaac Cuenca had a cartilage operation in June and is expected to be out for another two months.