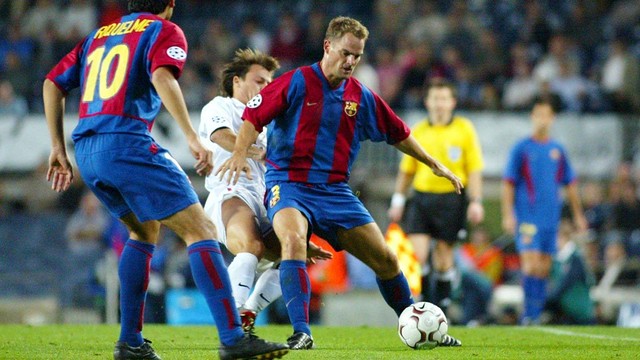 Frank de Boer scored twelve goals as a Barça player – here we present some of the best.

Frank de Boer, who brings his Ajax team to the Camp Nou this Wednesday for this season’s Champions League opener, played for Barça for five seasons between 1998 and 2003. De Boer played 210 games for the Club and scored 12 goals – mainly from headers, but also some spectacular efforts from free kicks.