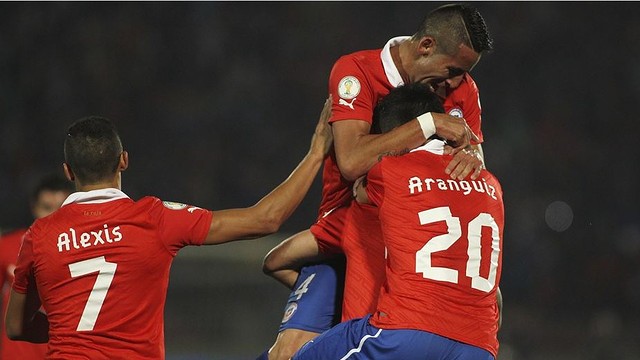 The Barça front man is a step closer to qualification for Brazil 2014, after beating Venezuela 3-0.

Chile, featuring Barça’s Alexis Sánchez in the starting line up, beat Venezuela 3-0 in their latest Word Cup qualifier. Sanchez was very active throughout, creating most of the team’s chances, with Mauricio, though it was  Eduardo Vargas and Marcos González in the first half and Arturo Vidal with five minutes left, who got the goals.

The win takes Chile closer to qualification for next year’s World Cup and leaves them sitting third on 24 points with just two games left to play. Chile’s next game is a friendly against  Spain in Geneva on Tuesday