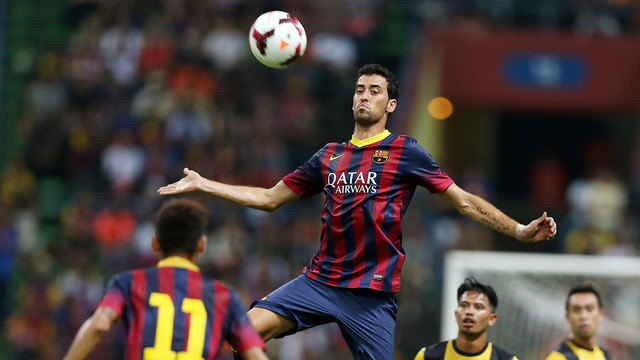 The LFP confirmed the schedule for Round 3 of the Liga, when Barça travel south to face Valencia at Mestalla

FC Barcelona will be one of two teams to close out Round 3 of the Liga. The Blaugrana will face off against Valencia on Sunday, September 1, at 21.00. It will be Barça’s second consecutive match away from the Camp Nou in the league as Tata Martino’s men are scheduled to face Málaga at La Rosaleda the week prior.

Barça will kick of the defense of the title this Sunday at the Camp Nou against Levante (19.00). The following week Martino’s men will travel to Andalusia to face Málaga (Sunday, August 25, at 21.00), followed by the match away to Valencia. Sandwiched between the Málaga and Valencia matches is the Spanish Super Cup. The away leg is scheduled for August 21 at the Vicente Calderón, and the return leg, at the Camp Nou, is set for August 28.