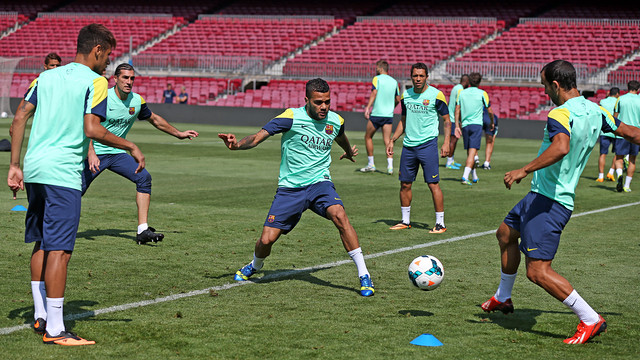 Barça now faces a demanding week with difficult matches against Atlético Madrid in the first leg of the Spanish Super Cup followed by Malaga in the second round of the new league season.

The final whistle in the opening game of the season has barely faded but the rhythm of work keeps on going here at Barça.   Tata Martino’s men will train on Monday and Tuesday with the focus on the game against Atlético on Wednesday (kick-off 11 pm, TV3).  Barça will travel to the Calderón stadium for the first leg of the Super Cup, the first official trophy of the season.  The players will be back in training on Thursday, Friday and Saturday to prepare the league match against Malaga on Sunday.  A non-stop week!