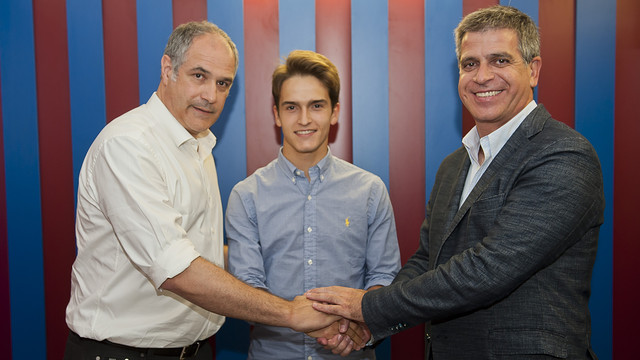 The FC Barcelona reserve team have acquired the services of the 19-year-old, who arrives from Manchester City and will sign a two-year contract

FC Barcelona and Manchester City have agreed to terms for Denis Suárez. The player, born in Salceda de Caselas, Pontevedra, arrives from Manchester City and will sign a four-year contract. His buy-out clause will be set at 12 million euros.

Grew up in Vigo

Denis Suárez is 19 years old and he spent the last two seasons playing for Manchester City. The Spaniard, who signed for the English side in 2011 from Celta Vigo’s youth team, has regularly featured for Spain’s youth teams, and he recently participated in the U20 World Cup in Turkey alongside Gerard Deulofeu. During the tournament he faced off against his now team-mates Edgar Ié and Agostinho Cá.

Denis made his debut with Manchester City during the USA tour in 2011 against the Los Angeles Galaxy. His first official game with senior side was last season, against Aston Villa in the Capital One Cup.