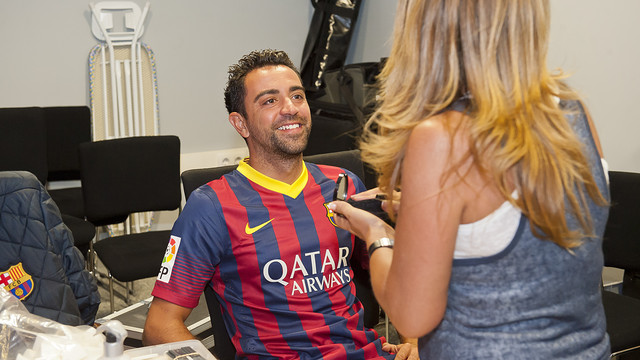 One of the earliest tasks of the preseason was for the FC Barcelona first and second team to pose for the official photo that will be used for posters and other marketing activities in the 2013/14 season.

As the video and photo gallery show, the players had plenty of fun during the shoot.