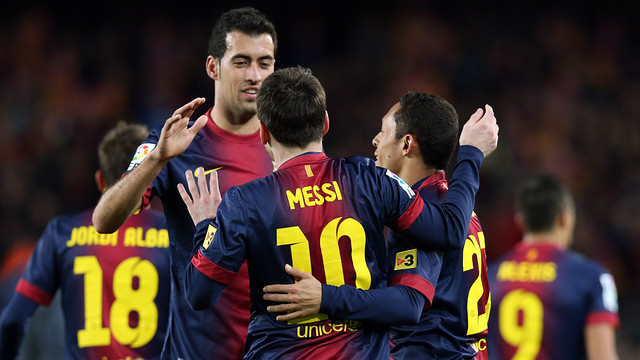 Since the one-all draw between the two sides in the 2006/07 season – a result that would force overtime on Wednesday – the results from following matches between Barça and Atlético would secure the Spanish Super Cup title for Gerardo Martino’s men. In the 2007/08 season, Rijkaard’s team comfortably defeated Atlético thanks to goals from Deco, Messi and Xavi (3-0). The results from the matches in the following seasons were similar (6-1, 5-2. 3-0, 5-0), all the way through last year’s 4-1 scoreline (goals from Adriano, Sergio Busquets and Messi (2)). The closest match in recent memory at the Camp Nou between Barça and Atlético was in the 2008/09 edition of the Copa del Rey, the Blaugrana won by 2-1.

Simeone’s Atlético Madrid will certainly try to buck the trend. However, Tata’s Barça are ambitious and have the necessary motivation to secure the first title of the 2013/14 season.